Lights! Camera! Danger! is the second episode of Season 3.

When Jimmy and his friends see an ad for a contest where one can make a screenplay, Jimmy crabs at the others for being so excited. Cindy tells him that he's just jealous because he doesn't have any artistic talent, due to being a math and science type of guy. Jimmy (being too arrogant to admit it) gets mad and tries to prove them wrong by writing a screenplay, but instead of coming up with his own ideas, he ends up watching the most successful movies at Hyper-Speed (including Titanic, The Lord of the Rings, Star Wars, E.T.: The Extra-Terrestrial, Forrest Gump, The Empire Strikes Back, Finding Nemo, Toy Story, Home Alone, The Wizard of Oz and even his own movie) and then steals stuff from the movies to write the best screenplay ever.

The next day, the gang is turning their stuff in and then wait a few weeks later for Quentin Smithee, the movie director, to come and pick the winner. Jimmy's screenplay wins, and he and the gang get in the movie too. The film will also be shot in Retroville. Jimmy's confused while the rest of them are real excited about it. When Quentin is about to leave, Hugh begs him for a part. Quentin tells him he can be Donut Boy who will bring doughnuts to the set. Unfortunately for him, Hugh is convinced that Quentin means the movie is going to be starring him as "Donut Boy," an undercover cop who goes by his own rules.

The first day, they are doing the scene on a rooftop, which Jimmy complains it doesn't work with the script (the scene is supposed to be set on a cruise ship in the middle of the ocean). The wires the gang is on to get them to fight fly, drops them off the rooftop and Jimmy uses his shoes to save everyone from hitting the ground. Quentin—who also doesn't seem to know much about filming—appears to feign surprise at the incident before urging the kids to move on with the rest of the filming. Jimmy's friends get suspicious about this, but Jimmy doesn't listen to them, out of pride.

The next scene features them on a roller-coaster (Jimmy notices that this has nothing to do with his script; the cast was actually supposed to be on a misty mountain with the crew riding white horses), Cindy didn't know her script is a love scene and that she has to kiss Jimmy. The coaster begins to move, but Jimmy realizes that the roller-coaster track is broken. Goddard gives them a crashpad and they jump to safety. Libby wonders if this Quentin Smithee guy is even a real director and Jimmy says he is, but he can't think of anything he's done. Goddard looks him up, but there is no match and Jimmy tries to make up a stupid excuse, but his friends walk away.

Inside his trailer, Quentin Smithee is actually revealed to be Professor Finbarr Calamitous, who is once again plotting to do away with Jimmy and his friends.

The next day, Calamitous tells them that they are going to do a musical number (despite Jimmy never putting one in his script) and they do the performance, but when the hats come to life, they start trying to kill the gang. Jimmy destroys the hats with the laser hidden in his watch. The others consider quitting, but Jimmy convinces them otherwise when he reminds them of all the fame and money they will get if they do not quit.

The final movie scene is a part at the wizard school of Pigpimples, when Calamitous tries to activate kill mode with his remote control, but end up malfunctioning and Jimmy finds out the truth, but since Calamitous took care of Jimmy's inventions, stopping a dangerous robot snake is up to "Donut Boy" (Hugh) who shortens out the Snake's systems with his donuts. The snake malfunctions and smashes Calamitous.

Calamitous is sent back to jail and once again, vows revenge on Jimmy. Jimmy apologizes to his friends for the way he acted and then tells them that maybe, they can finish his movie, since they still have the camera and film and this time, they will do the movie exactly the way he wrote it, but Cindy doubts it because she found out that it will fully lead her, Carl, Sheen and Libby to great danger, so Cindy tells Jimmy that, in order to stay safe, they do their movies that time and by that, she means fusing them into one, which Carl, Sheen and Libby agree to her with. 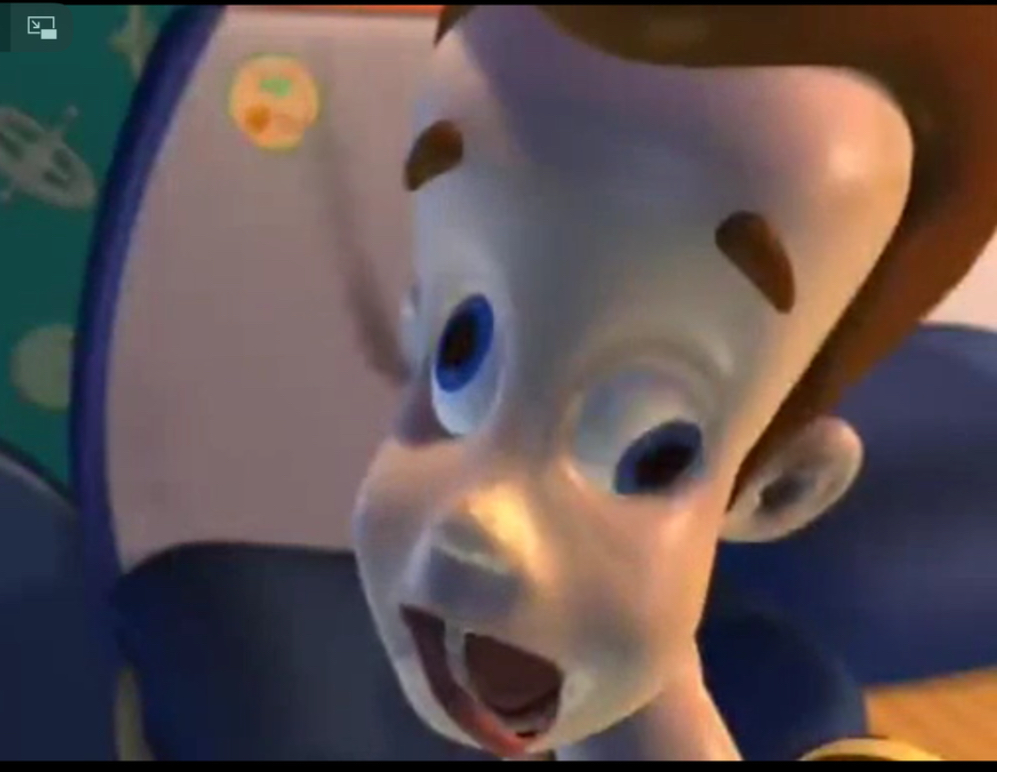